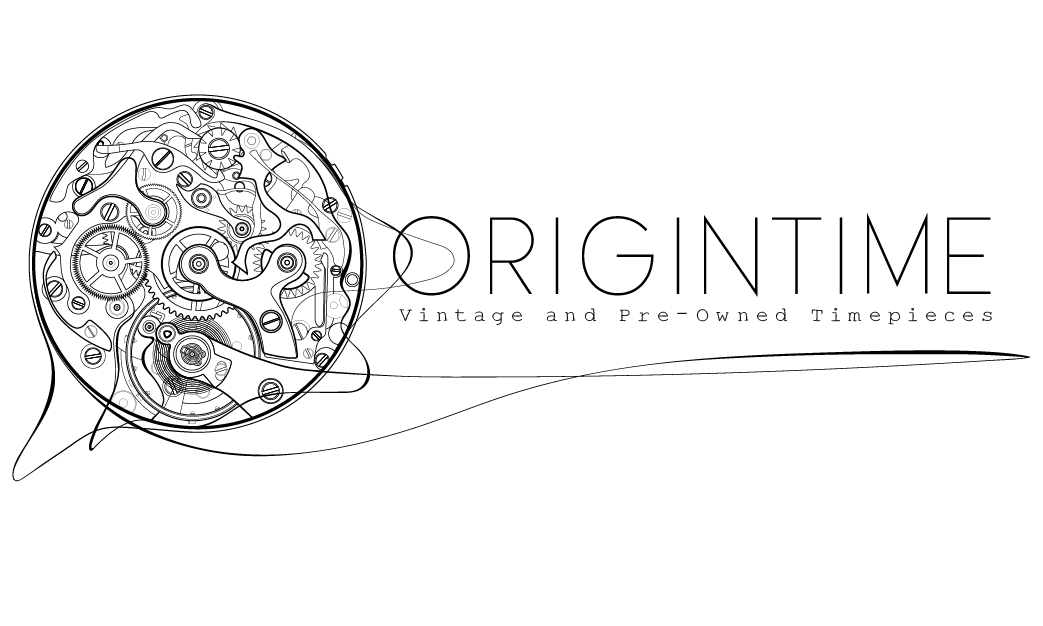 Throughout the 20th century, wristwatches were awarded to employees of mines for their long service, for winning competitions and on rare occasions, for acts of bravery too.

No watchmaker was more established in the South African mining community than Ernest Borel– The watches were branded by the Chamber of Mines, now known as the Mineral Council of South Africa and awarded for a number of reasons. 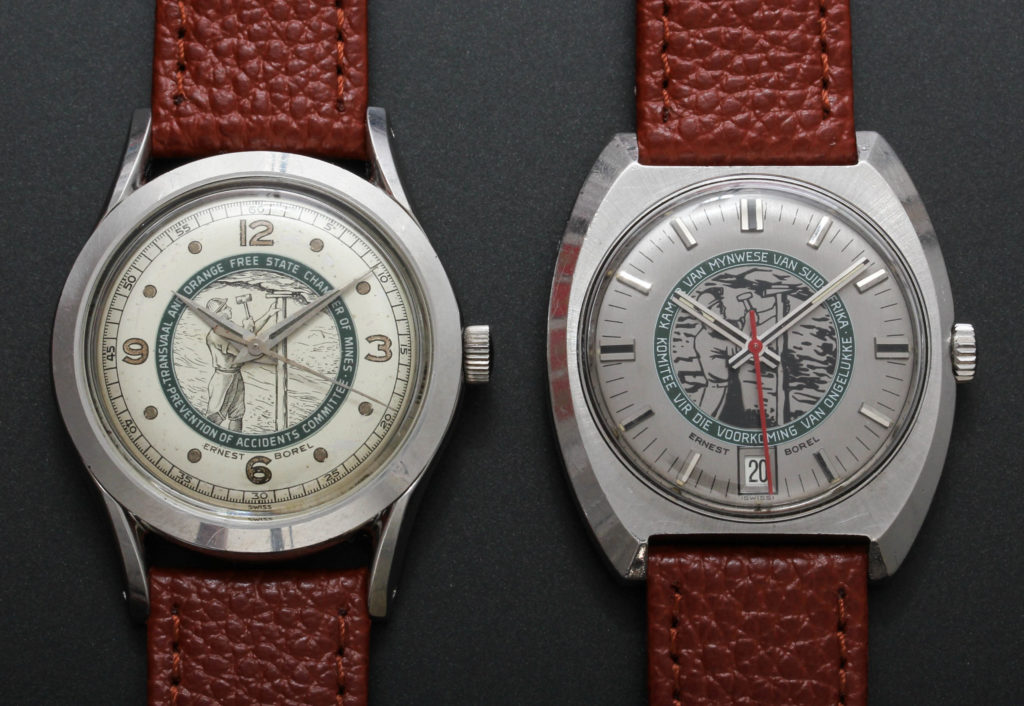 The 2 watches above were awarded to D.C. Roesch for winning a safety competition in 1960 and 1974 respectively. The watches were awarded in Welkom- A city established around it’s rich deposits of gold and uranium. One wonders if this man would have had a watch awarded for his long service too! 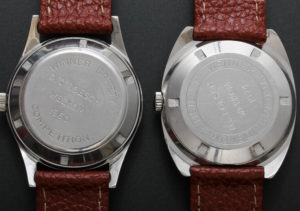 Ernest Borel watches made use of reliable movements from a wide range of manufacturers, such as Felsa (left) and ETA (right). 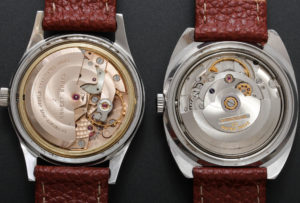 Below is an Ernest Borel awarded to G. Jagels for Bravery by the Western Deep Levels staff on the 6th of december 1969. The watch has the original box and papers, as well as the original strap- An awesome piece, of which very few remain.

The watch is housed in a solid gold case and the dial displays a wreath with “Chamber of Mines South Africa” on the outside and “For Bravery” printed on the inside, acknowledging the bravery of the person to whom this watch was awarded.

At 3,9 kilometers underground, the Western Deep Levels mine is the deepest in the world. One can only wonder what act of bravery G Jagels was responsible for. 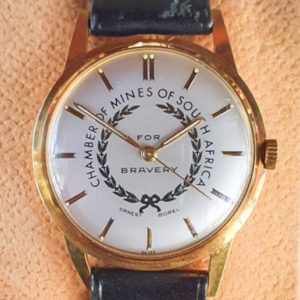 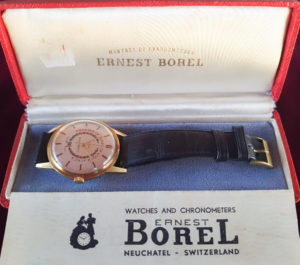 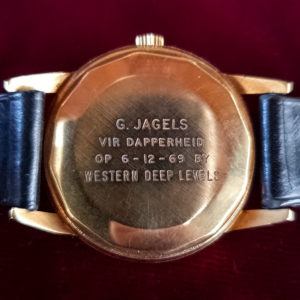 Omega had a fantastic reputation in South Africa, making it the watch of choice for a range of mining companies, such as Anglo American, Rand Mines, Boart longyear, the Native Recruiting Corporation and more. 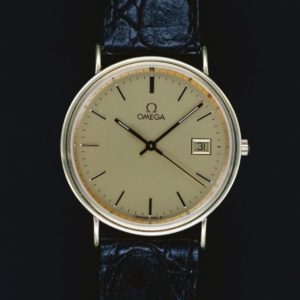 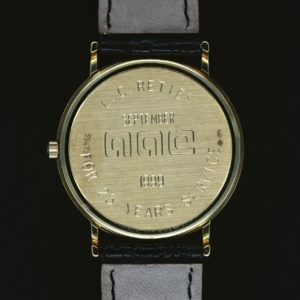 Anglo American presented watches to staff for long service (Most commonly 25 years). The watch above was presented in 1999 and is an 18ct gold quartz watch. 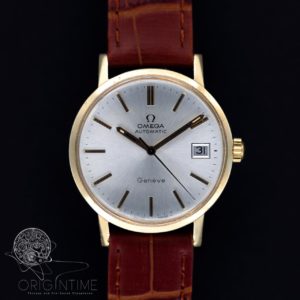 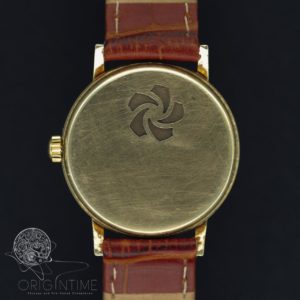 This Omega (above) bears a Boart Longyear logo, It was most likely presented for 25 years of service too. 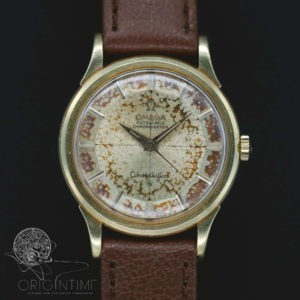 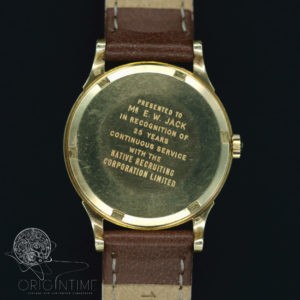 The Omega Constellation was awarded to Mr E.W. Jack for 25 years of service with the Native Recruiting Corporation Limited- A Tranvsaal Chamber of Mines company which employed local men as mineworkers in a number of South African mines. The dial print is in great shape, despite its heavy aging. In 1966, The company changed their name to The Mine Labour Organisation.

Ernest Borels and Omegas weren’t the only items presented for dedication. Other brands like Lemania, Zenith, Jaeger Lecoultre, Eterna, Universal Geneve and Movado were presented by Anglo American, Gold Fields, De Beers and Rand Mines for a number of different reasons. 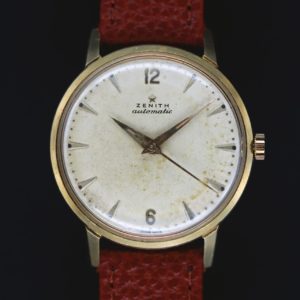 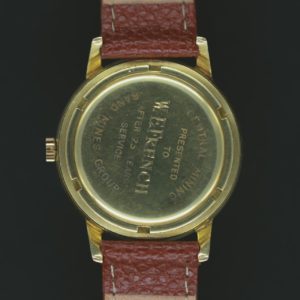 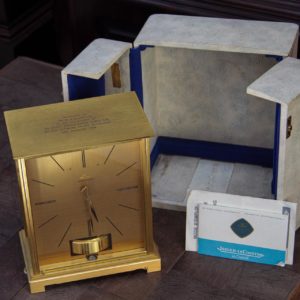 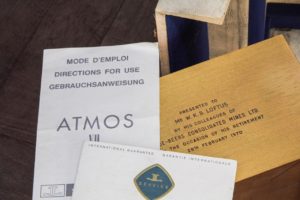 This Jaeger Lecoultre Atmos was presented as a retirement gift to W.K.B Loftus. The Atmos clock does not need to be wound as it makes use of changes in atmospheric temperature to run. Atmos clocks were presented to executives as they were expensive, cutting edge gifts, for somebody that would have already had a special watch. 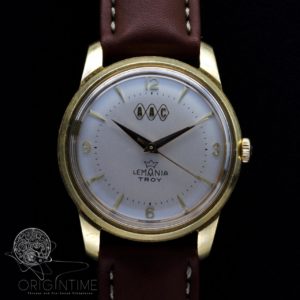 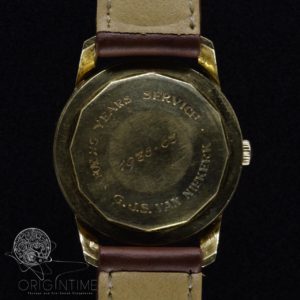 Anglo American Company, A British multi-national mining company, based in Johannesburg had a great relationship with Troy Watch and would frequently place orders of Lemania Stopwatches (Also branded ‘TROY’) for use in mines. The Anglo American Company (AAC)  commissioned 400 watches which they awarded to employees for 25 years of service. Sadly many have been melted down for their gold value and a lot fewer remain, especially in such good condition. The watch houses Lemania’s Automatic Caliber 4651 movement.

Should you have any information that contradicts or adds to any of this articles content, please feel free to comment or contact me and I will be happy to amend or update it. Thank you very much. 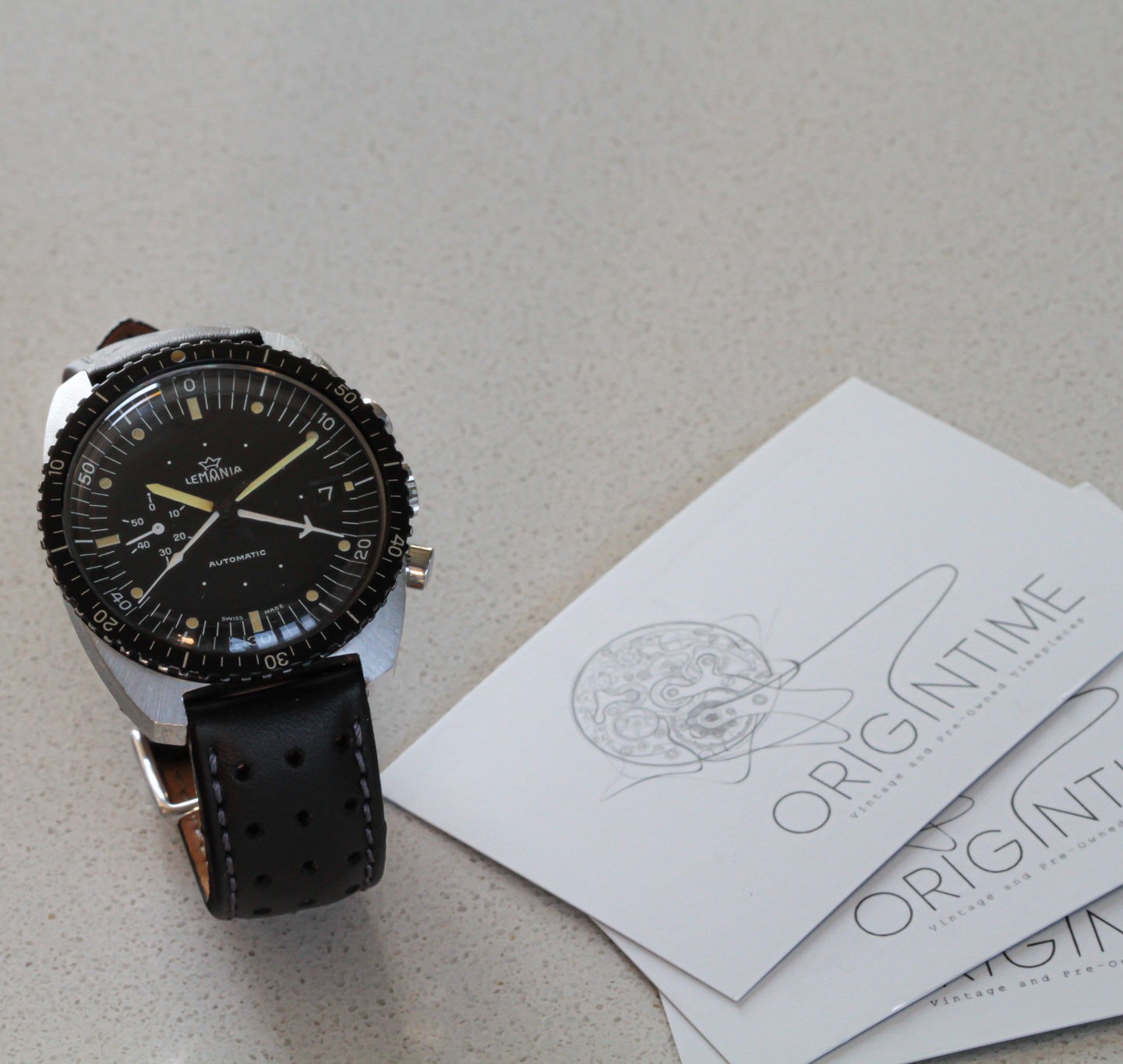 The SAAF Lemania 5012: The Whole Story 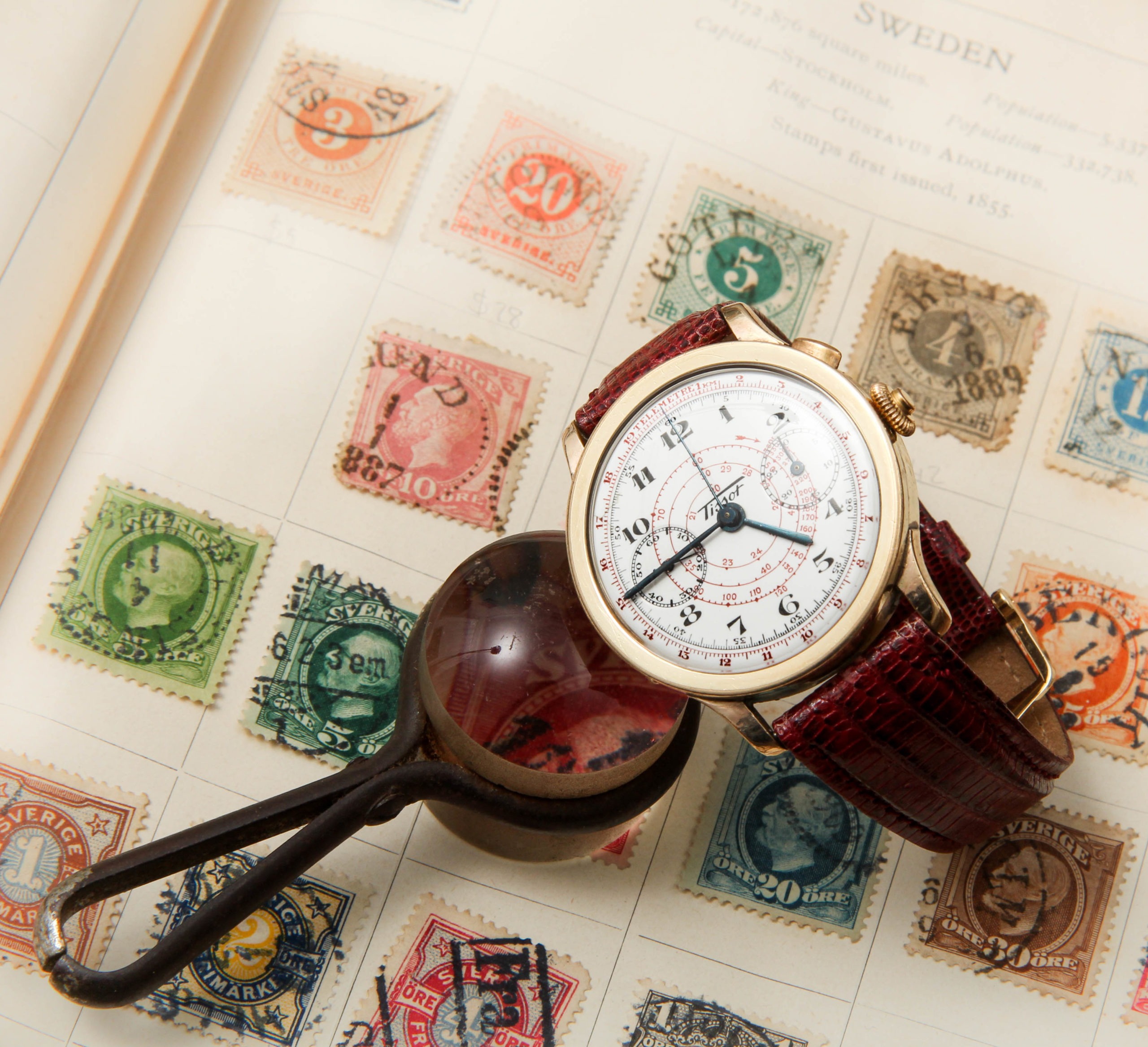 Your Old Watch May Be Worth More Than You Think. 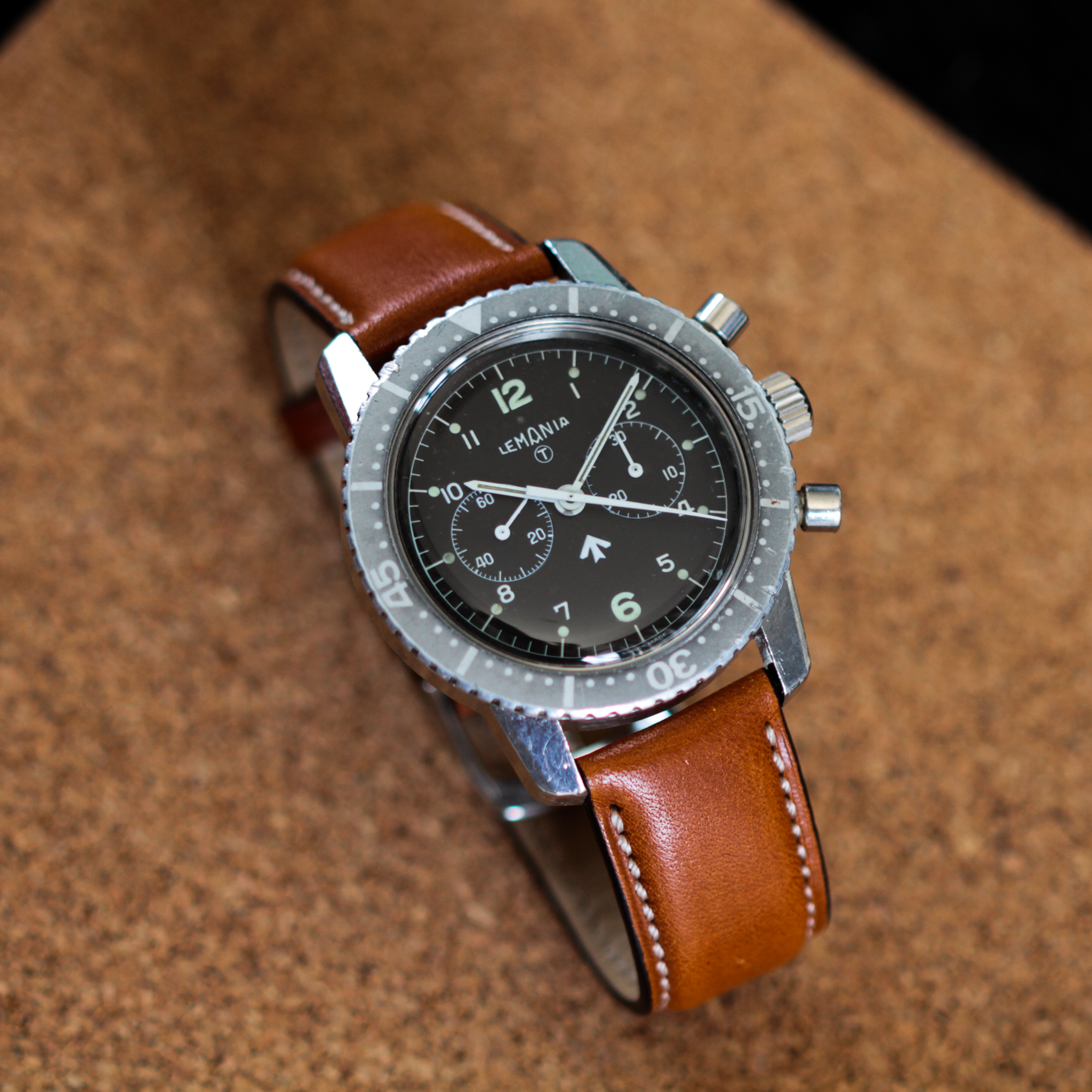 South African Air Force Lemania 1872: All you need to Know